1. Municipal Elections and Term of Office

Councils are elected for four-year terms starting with the first meeting following the election. When required to hold a byelection, the elected member holds office for the remainder of the unexpired term of the person who they replaced. Towns, villages and cities that do not have a ward system may increase or decrease the size of their council by passing a bylaw at least 180 days before the general election.

Note: Public disclosure statements are now required to be attached to all nomination papers.

Persons eligible for nomination as a candidate in any Saskatchewan municipality must meet all the requirements listed for the municipality they wish to run in: 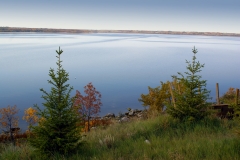